skip to main | skip to sidebar

Last week it rained. I placed a bucket under the leak in my studio ceiling and listened to the drips as I contemplated the 35 rectangles spread on the table. Some of them seemed to be finished while others were clearly not that far from the beginning stages.

Actually I had believed a few of them were finished when I was working on them in Sydney. But as I looked at them in the dreary (that day!) Vermont light I wondered. And feared that perhaps I had taken some of them too far, adding too many layers of paint! The more recent pieces displayed a spontaneity or accessibility that was lost on some of the others that I had judged as "done." It is so much easier to tell when baking a cake! 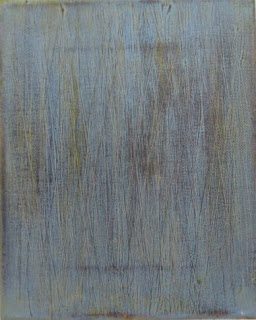 I stuck 35 pushpins on the wall and began to hang the pieces up for evaluation. I was right! Many of the earlier pieces seemed dull and overworked. I'd have to figure out how to bring them back, what sort of sanding and re-painting they might need.

And I decided to let some of the "maybe" pieces rest for a while instead of rushing ahead. I needed to sneak up on them after several days and see them with beginner's eyes. Then it might be so clear. 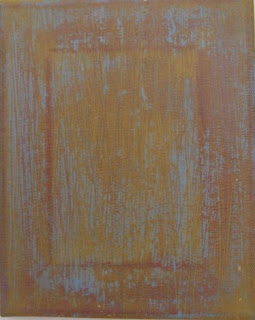 This question of when a piece is finished is almost always an issue for me. I have to curb my tendency to feel that more is better when it comes to making art. Almost always, it will tell me when it's "done" if I only take the time to listen.

Barbara Bartlett
Posted by barbara at 11:38 AM

We five Upper Valley women invite you to follow our musings, process, events, and new work. Please scroll down to see more about us and to check our announcements for upcoming art events. To view our individual profiles or websites, click on our pictures.

Here you will find some of the scheduled events we are participating in. For more information on any event, search "labels" for announcements.